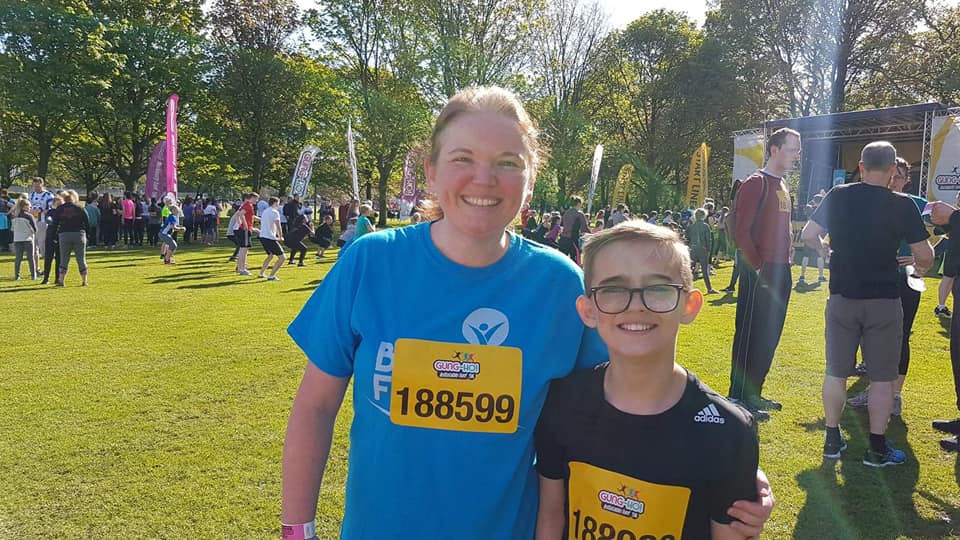 Earlier this year, the Burn It Youth Academy was launched and my then 12 year old son Fraser couldn’t wait to start attending classes.  He was already as fit as a fiddle, and a great gymnast, but the classes are improving his overall fitness, which is great.  He loves the classes and it’s great for him to be outside running about the park with his friends, like children should be doing!

"Burn It is fun, hard, encouraging and worth every penny."

When I had my “big birthday” a couple of years ago, an unwanted gift was the arrival of several extra pounds in weight and inches onto my waistline!!  I tried dieting, the usual culprits both did next to nothing for me and I was fed up.  When my friend Jenny asked if I wanted to join her last year for the Burn It Body Transformation I thought “Why not?? What have I got to lose apart from my money (hopefully not) and unwanted fat (hopefully yes)”.  And so began my time as a Burn It member!!

What I hadn’t banked on was my second session being Super Burn It – that was when I thought I had made a huge mistake and was definitely going to lose money rather than weight.  I felt really unfit during the run but then really enjoyed the circuits part of the session in the park.  My fitness improved over the course of the 10 week programme and I was really happy with my progress and results at the end of the block.  One of my personal highlights and biggest achievements was running over the Forth Road Bridge at the end of the 10 weeks, what a feeling of achievement that was!!!!  I am genuinely scared of bridges, and that one is longer than you think, AND it moves, AND you have to run over it twice, there’s not a wee bus there to bring you back to your car!!!!  However, it was a glorious day, the sun was shining and I felt really quite emotional as I came off the bridge, partly from the feeling of being proud of myself but also from feeling proud of the whole group and what we had achieved together, everyone was encouraging each other as we ran, and I wasn’t the only one feeling emotional as we made our way back to our cars.  The amazing thing about Burn It is the feeling of being part of a team, the Burn It Family, we were a bunch of people running across a bridge on a Sunday morning and we all did amazingly, and I was even luckier to be able to have my friend with me there on the day.

I continued attending classes when I could and although I’m not a runner, I am improving and trying my best.  This year, Jenny and I are doing the Revolution to make sure all the positive changes are engrained in us and to build our fitness to the next level.  The benefits for me are the feeling you’re never alone, the constant chatter around you, the laughs, the banter, the encouragement from the instructors, every class being different, and being outside (even when it’s cold and wet) as it does wonders for your mood, sleep and overall wellbeing.  So many times it would have been much easier to stay at home after a long day at work, but being able to go with a friend is great because we encourage each other to attend, which is a huge motivator, and we then get to have a chat as we work out (when we’re not breathless of course) – what’s not to love???

Earlier this year, the Burn It Youth Academy was launched and my then 12 year old son Fraser couldn’t wait to start attending classes.  He was already as fit as a fiddle, and a great gymnast, but the classes are improving his overall fitness, which is great.  He loves the classes and it’s great for him to be outside running about the park with his friends, like children should be doing!  He has completed 2 obstacle based 5k events with me this year – he left our little group for dust at the Gung Ho, finishing first in our wave, and he patiently stayed with me during the Pretty Muddy, trying to keep motivation levels high.  He’s a little Pocket Rocket and I couldn’t be more proud of him.