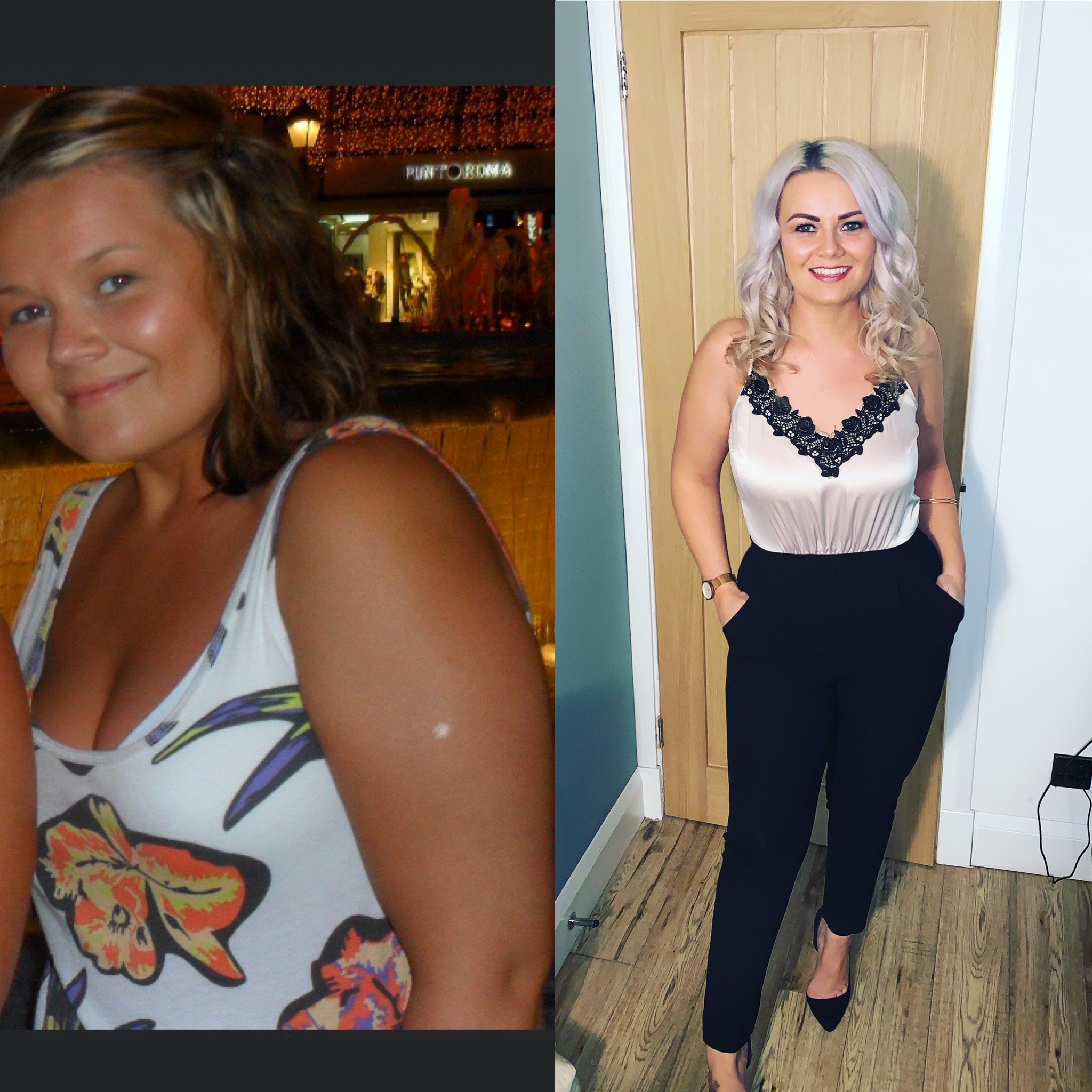 Prior to joining Burn It I had joined gyms, went to classes, bought the DVDs and started running. None of which lasted or gave me the results I was after, the motivation wasn’t there.

I chose Burn It as it was something I hadn’t tried before and it was all outdoors.

"For many years I have struggled with finding a happy place when it comes to my weight and fitness, my weight has been like a yoyo for many years and I just couldn’t sustain any of the ‘diet’s’/exercise regimes I tried."

For many years I have struggled with finding a happy place when it comes to my weight and fitness, my weight has been like a yoyo for many years and I just couldn’t sustain any of the ‘diet’s’/exercise regimes I tried.

In the gym I felt breathless and didn’t really have a clue what I was doing, I would have a programme written up for me, but it was very boring and didn’t motivate me in the slightest.  As probably many women have, I tried Slimming World, Weight Watchers etc yes, they were a success but the amount of times I re-joined these speaks volumes as to how sustainable it clearly was not.

May 2017 was the month and year any fitness/weight goals came crashing down on me and I felt my health was spiralling, I was diagnosed with Subglottic Stenosis, a narrowing of the windpipe which can only be fixed by yearly surgeries.  The breathlessness during fitness all became clear and immediately wrote off any kind of fitness hence the weight started creeping up, excuses started being used and I just generally started to feel sluggish, drinking and eating anything I wanted.

Clothes started feeling tighter and tighter, I had many a moment in a changing room almost in tears because I didn’t look and feel how I wanted, running around with my kids became a daily struggle even with my airway stretched wide open, and that is what made me stop and think.  I didn’t want to be one of those mum’s sitting on the park bench watching their kids I wanted to be up there with them running around, kicking a ball, throwing them about and having the laugh’s we were meant to.

So again, I joined the gym, I took up Pilates, yet still none of these seemed to make me want to exercise and certainly didn’t motivate me to want to leave the house.  I had heard of Burn It but I always wrote it off thinking everyone there will be super fit, I will be the fat unfit one at the back, I also get anxious about joining new groups and talking to new people, it is usually something I shy away from.  However, I came across the advert for the 10-week Revolution programme and initially thought this will be yet another sum of money wasted but I will give it a bash like I have everything else.

Launch night came and I was so nervous walking up to Howden Centre not knowing anyone, knowing I would need to try and mingle.  The launch night was super motivational and although I was a bit petrified how I would get through the next 10 weeks I was pumped and ready to smash it.

Week 1, day 1, I have never felt so unfit in all my life and the old thoughts came back, I can’t do this, I can’t breathe, I panicked, however Paul sorted that out and his encouragement during class was unreal and definitely something that kept me going and kept me trying, not only that but the encouragement from the other members or Burn It was also unreal, no one ever looked at me as  ‘jeez she is holding the group up isn’t she’.

As the weeks went on, I could feel myself running longer, controlling my breathing and I could even feel my clothes start to loosen, I couldn’t believe this was actually working and I didn’t really feel I was on much of a diet, that was when I think my mindset changed, thinking I can do this every week no problem.  I had also met some great new people who I can now call friends, I enjoyed attending 3 classes a week and it never ever felt like a chore.

Week 10, I feel happier, fitter, slimmer and these are just some of the goals I wanted to achieve, Burn It really has changed my life when it comes to fitness, being fitter means I can sustain a narrower airway for longer, keeping me out the operating theatre.  I can around with my kids for a lot longer than previous and I can now stomach trying on new clothes, in a size smaller 😊.   There was no shadow of a doubt I was going to sign up to be a regular member of Burn It, I have never enjoyed fitness, never mind outdoor fitness like it before in my life.

The team truly are amazing, I would highly recommend Burn It and especially their 10-week Revolution programme to anyone, I have overcome many fears by attending and I am reaping the benefits greatly.  Don’t let anything hold you back, I promise you will get the Burn It bug!!!